Tom Hunter, Jr., has been the Senior Pastor of Plantation Baptist Church since 2006. A graduate of Bob Jones University in Greenville, SC, Pastor Hunter moved to South Florida in 1994 and served for eleven years as Youth Pastor at First Baptist Church of Coconut Creek, FL.  In 2005, God had moved in the heart of Pastor Hunter to accept a call to Plantation Baptist Church.  He transitioned to Senior Pastor in 2006.   God has been using him mightily in seeing many souls come to Christ.  Pastor Hunter continues to lead our church in its growth, but has kept the close, tight-knit family unity that every growing church needs.  Pastor Hunter and his wife Beverly have been married since 1994, and they have four children.

Ruben Nunez has served at PBC since 2010.  After graduating from Bob Jones University in 1998, he worked for Chrysler Motors Corporation for twelve years. In 2010, God called him into full-time ministry to serve at PBC. He currently serves as our Church Education Director and Administrator of Plantation Baptist Christian School. Ruben has been married to his wife Mandy since 1998, and they have four children.

Joey Callahan has served at PBC since 2014 after working with Weekley Brothers for over 35 years.  Brother Joey received the Lord at PBC at our Easter Service in 2011. During the Christmas Lights set up in 2013, the Lord began to lead him to surrender to full-time ministry, and in the Spring of 2014, he surrendered and joined the staff of PBC. Joey leads our Senior Saints Ministry and facility development. Joey has been married to his wife Tamara since 1999, and they have two children.

Simeon Dunstan started his path towards Christ at PBC since he was a youth.  In 2007, Pastor Hunter led Simeon to the Lord Jesus Christ.  While working full-time at Vitas Hospice Care, Simeon volunteered much of his personal time towards the betterment of the church in various capacities such as the bus and youth ministries.  Later, while working as a manager at Walmart, Simeon sensed the Lord’s calling into full-time ministry in 2016. Simeon is currently working on his bachelor degree in Pastoral Ministries from Louisiana Baptist University.  He currently serves as our Director of Youth Ministries and the School Ministry Sport’s Director.  Simeon has been married to his wife Patricia since 2009, and they have four children.

Jeff Smith has served at PBC since 2017. A graduate of Bob Jones University and Nova Southeastern University, he has worked as a Certified Public Accountant since 1992. Though music ministry has always been a passion, it was never a full-time ministry until the Lord called him to serve at PBC.  Jeff currently serves as Adult Choir Director, church pianist, and leads the special music ministry for Sunday Services.  Jeff has been married to his wife Kim since 2015, and they have two children.

Mary Hicks has served at PBC since 2003.  Mary received her Bachelor of Science degree in Accounting from Nova Southeastern University in 1988.  The Lord brought her to PBC in 2000 where she served in the 4-5 year old children’s ministry.  Mary has been married to her husband Ken since 1986, and they have three children.

Carol Adipietro has served at PBC as the church secretary since 2008. Carol worked in other ministries prior to becoming secretary, such as nursery and custodial. Carol worked at Publix Supermarket for 24 years before the Lord led her to PBC. She currently works in various ministries within the church. Carol has been married to her husband Tony since 1992, and they have two children.

Beverly Hunter has served at PBC since 2007.  Beverly assists in leading several ministries at the church including Women’s Ministries, School, Music, and our Preschool Department.

We would like to answer some questions that you
might have as you consider being our guest this Sunday. 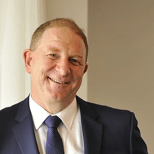 We would like to answer some questions that you might have as you consider being our guest this Sunday.
Scroll to top